That’s basically what I think during every VMworld event.
After all the announcements in San Francisco earlier this year, it’s pretty excited in EUC land.
Sanjay Poonen made it pretty clear when ending his part of the EUC keynote singing “EUC WILL ROCK YOU!” while drummers were playing the beats of Queen’s We will rock you. That man is bad ass.

One of my main goals for this year’s edition was to get more insights in Project Enzo. Enzo will be available next year and is going to be an addition to the current Horizon offerings (Horizon Air Cloud, Horizon Air onprem and Horizon 6 onprem).
Basically, an existing desktop environment based on one of the offerings will act as an Enzo Smart Node. That node will be managed by the Enzo Control Plane, which is hosted from vCloud Air. From that central pane of management you can control all of your desktop solutions and mix and match your desktops from each one of them.

You could easily use the onprem environment for your primary desktop needs and burst to Horizon Air if needed. App Stacks and UEM persona will automatically be synced to all of your Enzo Smart Nodes.

The Enzo Control Plane is based on the Horizon DaaS solution (formerly know as Desktone). The Access Point solution (which was released last month and will eventually replace the security server) will have a significant role in the Enzo Infrastructure. It will function as the single point of secure entry to all of the Enzo Smart Nodes.
More about Project Enzo will follow in a next blogpost.

VMware’s vision for the EUC future

The vision that VMware explained during one of the sessions with Harry Labana and Shawn Bass is mostly about building solutions that reduce the operational expenses (OPEX). High operational expenses could influence your decission negatively when thinking about adopting VDI in your environment. The future solutions will be easier to manage and primarily offered as a cloud solution. Project Enzo is a good example of this. It will be a single management plane that can be accessed from the cloud and will let you manage your EUC environment with much ease.

Dutch companies are ruling this year’s VMworld in Barcelona. Nova Media, ING and Schuberg Phillis all made a difference in using VMware tech. These companies all had an important part during the keynotes and in several sessions about customer stories, best practices and tech in general.

During Sanjay Poonen’s keynote, he announced the future adoption of Boxer into the EUC portfolio. Boxer is an easy to use mail client for both iOS and Android that let’s you access multiple mail accounts with a great interface. Boxer is called a Personal Information Management (PIM) solution and my expectation is that it will replace the AirWatch Inbox app in time.

This year’s VMworld event was great. As EUC is gaining more importance for VMware, more great sessions then ever were scheduled this week with awesome speakers like Ray Heffer and Jim Yanik.
If you were there, chances are that you have spotted me or one of my colleagues as we were with 20 of us and were wearing our 2015 VMworld polo shirts with the tiny orange glasses on them. Also, you might have seen our Mini Me’s on the big screens in the hang space: 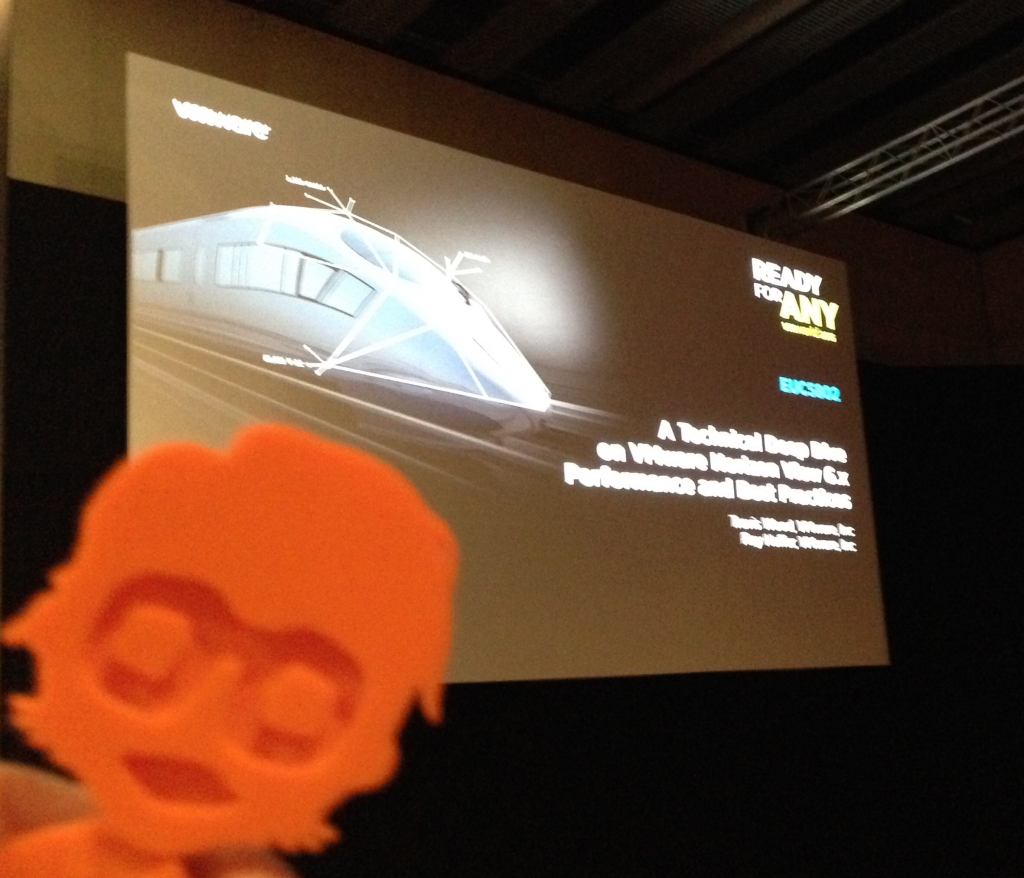